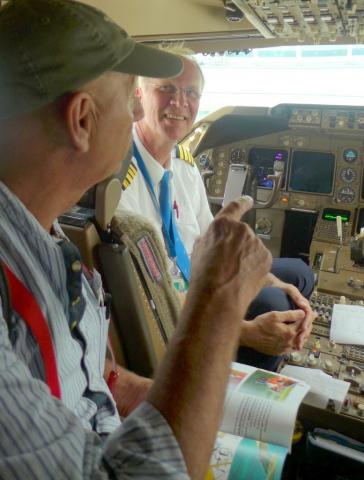 After an 8 hour flight from Amsterdam, we arrive on ST. Maarten, a fine landing by KLM Captain Schouten. Reint, Joop and Cécilia were allowed to meet him in the cockpit. Reint explained that because the St.Maarten Princes Juliana Airport had its 70th Anniversary this year our group was going to perform in schools, the library, other places and of cours the Airport. After we passed Immigration, (we were treated like VIP’s) received by Suzy Kartokromo and her son. Suzy took us to the marvelous Divi Little Bay Hotel. In short: we had a great lunch, did some shopping and sure had a dive in the Caribbean see. More tomorrow, it’s been a long day.