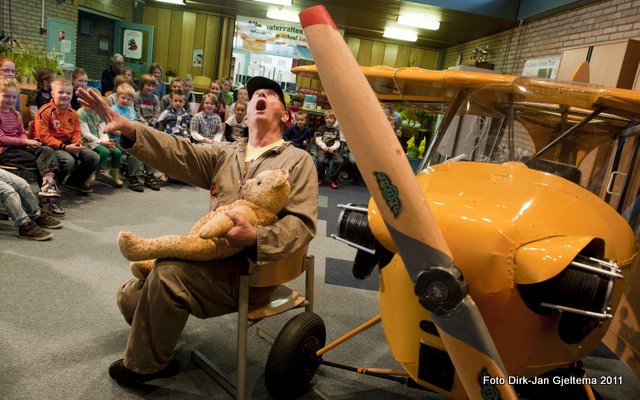 Laan visits a number of Zeelands school with ‘Dreams that come true, a flying story’. The show makes clear to children that dreams do not have to stay dreams, but can come true. To be able to fly was not accidentally Laans dream, who as a private pilot enjoys flying above Zeeland. The presentation orginated as a story told by Laan next to a real Piper Cub, during flying events on the airports of Seppe en Midden-Zeeland. To make the school show as realistic as possible Laans flying friend Krijn Krijnsen (Kapelle Biezeling) built a smaller model of a Piper Cub to be used in the show. (PZC 6 april 2011 -foto Dirk-Jan Gjeltema)