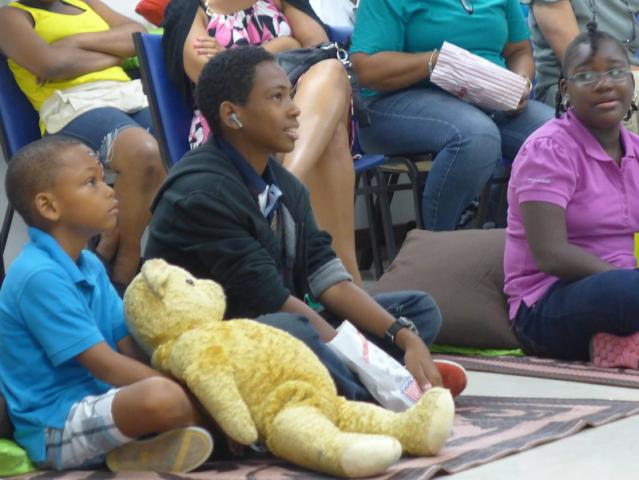 This afternoon, between 2 and 4 pm, a beautiful program was planned for children of employees of Juliana Airport. They could bring friends and family. For the children there was the option to have their face painted, and a large quantity of popcorn was available.

Reint performed in a relaxed atmosphere. How nice to play in an room with airconditioning! After the story had fnished, Reint asked the audience about their dreams, what they wanted to be when they grew up. Present were -among others- a future doctor, formula one driver a lawyer, fireman and a social worker. To top the whole event of, there was pizza for everybody.

Big surprise for Reint was that Cynthia Richardson, a former student of him had come to see him perform and meet. “Dr. Martin Luther Kind Jr.” school, 1968, also known as the Hill School, Mount William.

Quote of the day

“Two words I learned on St. Maarten: No problem.”